Katie - From Aquatics, to Journalism, to Teaching 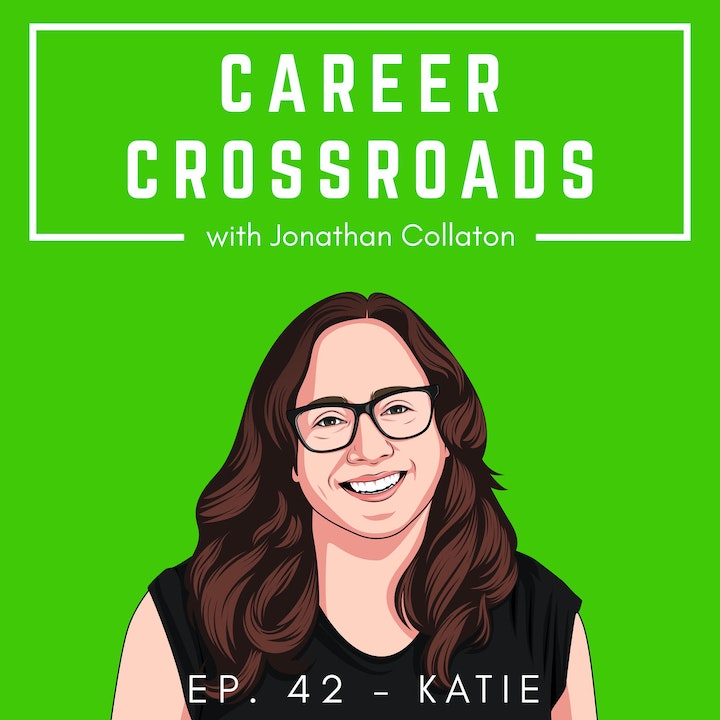 #42 – Growing up, Katie was practically a fish. As a synchronized swimmer, she was always in the water and as a teenager worked as a lifeguard and aquatics instructor. Given that, it only seemed natural that she would make a career out of being close to a pool. That is exactly why she has come back to synchro and aquatics multiple times since she joined the working world.

After high school, she attended Wilfrid Laurier University to get her Bachelor of Arts in History, and upon graduating started her career in aquatics. About a year in she decided to see if another interest of hers, journalism, would be another option for a future career. A one-year certificate program showed her that while Journalism was interesting, it was likely not in her future, so back to aquatics she went.

A couple of years later, having built quite the career for herself, Katie was again thinking about a change. She knew she liked helping young people learn new skills and she wanted something with more regular working hours. As others around her were suggesting she become a teacher, Katie looked into it and realized it was absolutely the right job for her. After doing her Bachelor of Education at her alma mater, Laurier, she wanted to find a job in teaching that would show her something new. That’s how Katie ended up working in Gjoa Haven, a fly-in community of 1,400 people on King William Island in Nunavut. The job fit perfectly and with a long career as an educator in her future, Katie decided to go all in. She is currently obtaining her Master of Education in Critical Studies from the University of New Brunswick as a means to continue to improve her skill set as a teacher.